It was The Kolorbox own exhibition where we showcased works of 3 Artists from Assam, Manipur and Odisha. The exhibition was held at India Habitat Center in 2013.

While Bangalore’s art scene abounds in artists-led initiatives, in Delhi, art galleries and public art agencies are primary players. Kolorbox joins the small list of artist-led endeavours in the city. The Kolorbox seeks to build and promote a community of artists and popularise their work. “While art is often thought to be best created in isolation, in solitude and silence, we believe there could be another way of looking it — evolving ideas and art through group interactions and create a dialogue between the private and the public,” says Soubam of his brainchild. The outfit is ready with its first exhibition “Strokes from the East” featuring three artists from Assam, Manipur and Orissa — DilipOinam, Sandeep Jingdung and DeenabandhuMarndi.

Though it won’t focus on specific regions, the reason Kolorbox has started with a show focusing on the North-east and east is because he belongs to the region. “So, there is an emotional connect but we are not going to be region specific nor will we work with any particular set of artists. But yes I do feel that we need to promote artists from North-east because it lacks market, promoters and art galleries.” The three young and upcoming artists draw varied influences from their respective states but render on canvas an imagery that is universal in nature.

For DeenabandhuMarndi of Odisha, who has been living in Delhi for last eight years, the tribal community of Santhals remains a muse. The artist does a realistic take on a marginalized community giving a glimpse of their culture and society. “Being one of them I understand them well,” says Marndi of his realistic imagery done in acrylic.

Manipur’s DilipOinam, a B.F.A graduate in Painting from College of Art, New Delhi, also takes a humanistic view in his canvases which are laden with larger than life solitary figures of an innocent child, a woman or a couple essentially drawn from his personal experiences. “The influences and references to my region gradually reduced in my work. The nature of human anatomy that you see in my work is very North Indian which wasn’t the case earlier. The idea is to let everybody relate to my art,” explains Oinam, who though settled in Delhi for 13 years, is yet to have his first solo. “All this while I was busy doing commissioned work and making money,” he quips.

The lush greenery of Assam dominates the canvas of Sandeep Jigdung as if paying a tribute to nature’s bounty there. An MFA from College of art, New Delhi, he draws upon his memories and experiences of his childhood. 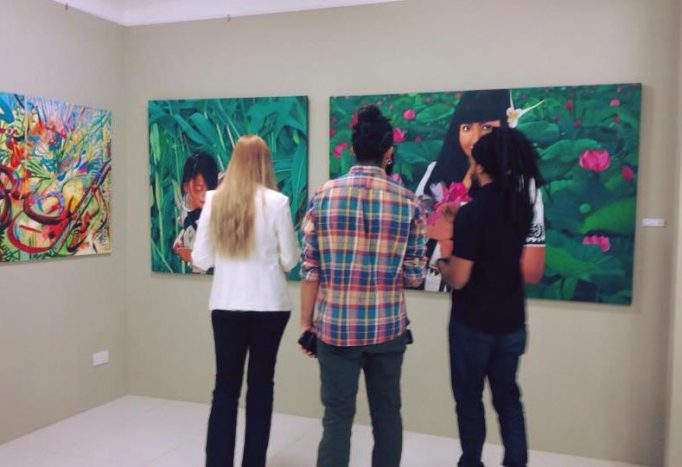 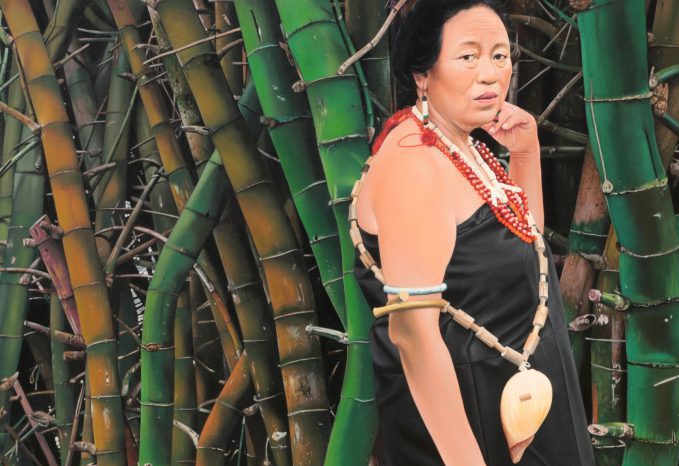